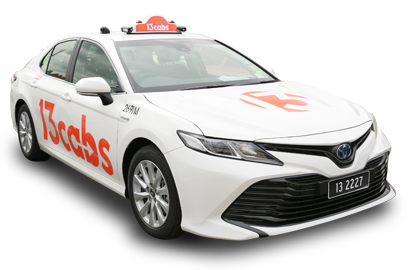 13cabs is the leading taxi company operating throughout Adelaide
with more than 300 taxis servicing the community.

Why do cabs run late sometimes even if it was ordered well ahead of time?

Taxi drivers are permitted by regulation to pick up rank and hail work. They also respond to requests by direct mobile phone. There are also a number of variables that effect the pattern of work such as customers changing their mind and going to a different destination, asking the driver to wait and return to their original pick-up or not going at all.

These collective factors as well as extreme weather and excessive demand through major events impact on the planning of the ordered taxi and can effect the availability of a taxi at the requested time.

Why doesn't the taxi company just tell the driver not to take other requests and only do the orders through the call centre?

Taxi drivers are self employed independent contractors who are engaged by a taxi operator who in turn subscribes to access the orders placed through the taxi company call centre. The taxi company does not own the taxis or employ the drivers.

Is there any opportunity to save on the standard taxi fare rates?

Next time you take a taxi you can share and save up to 25% of the metered fare with other separate passengers who wish to travel in the same direction. Multiple hiring works as each passenger (not known to each other) is regarded as a separate hiring and the fare from each passenger must not exceed 75% of the fare recorded on the meter on reaching that person's destination.

Does it pay to pre-order a taxi?

Yes, if we know your request is coming up we include your order on a prospects screen sent to all taxis in the hours leading up to your request. If we receive an order for an immediate taxi there is no opportunity to inform the driver of an upcoming job.